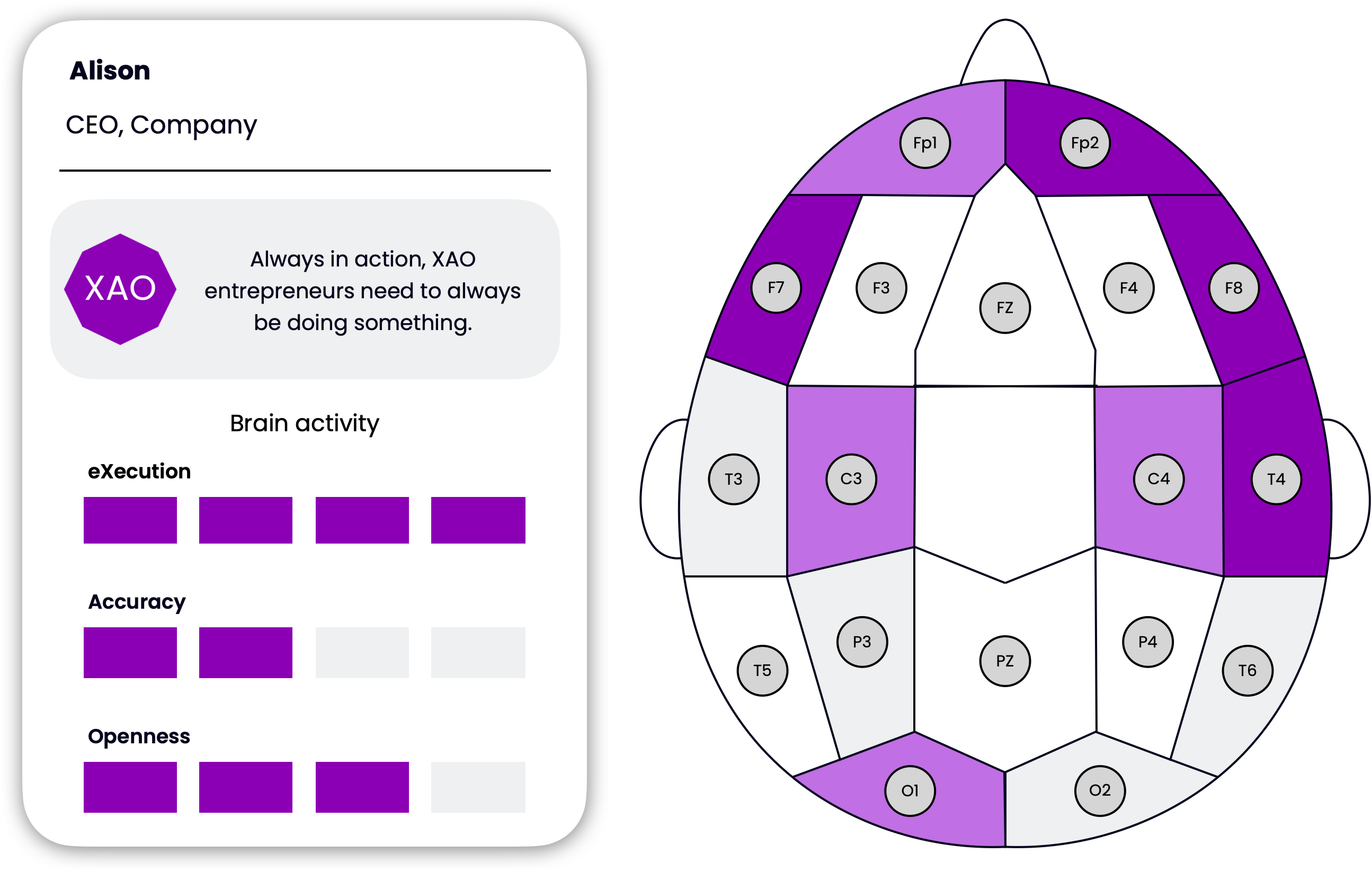 One of the pillars of Unfair's profound beliefs is that people don't drastically change over the course of their life. This observation, both scientific (based on the functioning of the brain) and historical (based on past experiences of the best startups) is fundamental for those who want to help entrepreneurs in an impactful way.

We tend to confuse evolution and change

Humans don't change, they evolve. This slight contrast might seem tiny, yet it is crucial.

A person changing would mean that they could shift from one behavioral paradigm to another as they please. This would imply that they could completely reinvent themselves and function differently.

But the reality is quite different: people evolve, and as they do, they don't get rid of their limits, but find new ways to balance those weakenesses all along.

However, when difficult times arise, it can be observed that the same weaknesses somebody has still resurface. Why? Because the person hasn't been able to drastically change, but has found ways to temporarily reduce their limits.

Do you remember the last time a colleague decided to setup processes but lacked consistency to enforce them on the long-term? Even after 4 webinars, 3 books and 2 years of efforts he still stays too operational in his work. This type of observation shows an evolution, not a change.

We tend to keep the same reflexes and thankfully we do. Otherwise, we would all be emptied of our consistency, and would regularly shift to become "someone else".

The inability to change is visible in the brain

The brain is made up of 16 main areas, each of them is responsible for a set of strengths and weaknesses at the same time.

The differences between humans has its origins from the system of brain zones: Person A who is naturally excellent at behaviors Person B struggles to have, mainly uses brain zones Person B barely or never uses and vice versa.

By using electroencephalograms (devices that measure electrical activity in different brain areas) for 5 years, Unfair realized that each person has inactive zones. Even when doing exercises to activate them, those zones remained almost intact.

This is a very important matter: even when trying to work hard on some behaviors for decades and investing tremendous amounts of money to do so, each person keeps being prevented from using certain zones.

Unfair found that with a lot of time and training it is possible to activate them, but very lightly that it's not significant. And to achieve this low level, it is estimated that the time needed to make a brain zone partially active and functional is 10 years.

In view of these discoveries, the question arises: is it really relevant for an entrepreneur to try to develop new brain areas?

An entrepreneur does not have 10 years ahead of them to create new neuronal connections in order to be more visionary, more organized... However, startup ecosystems will make them believe it is possible and sell this type of promise. It is nonsense.

Those who promise to help entrepreneurs overcome their natural glass ceilings, struggles, to reinvent themselves, are liars. There is no scientific evidence to date able to demonstrate radical and fast change in the brain is possible.

Dear entrepreneurs, please keep in mind that these gurus full of promises are putting their financial interests first, not yours. The more time you take to "change" the more they will be able to charge you for coaching sessions at hundreds of dollars per hour.

This can be seen in the daily life of entrepreneurship: many great founding CEOs, coached to the core, still find themselves forced to get a new CEO to take over their business. Why? Because after spending years and thousands of dollars in coaching, they have to admit that it doesn't work out. Because their brains remain their brains with their own strengths (that made them successful in the first place) and their limitations.

Increasingly more content and examples are being created to shine the light on this truth.

The examples are so numerous that it is obvious that we must change our opinion on the subject. Entrepreneurs like Eric Larcheveque (Ledger), Marc Simoncini (Meetic) even spoke up about the subject... It is becoming obvious the standard perception around entrepreneur evolution should change.

Entrepreneurs are the first ones to suffer

At Unfair, we met several founding CEOs who delegated the management of their business once they reached a certain growth stage.

What surprised us was the almost unanimous response from these people: they no longer liked their role and didn't admit it publically, but they were exhausted by the job requirements a growing company demanded.

A startup evolves so much that the role of CEO changes completely in terms of tasks and responsibilities.

Those CEOs' daily life had changed and no longer pleased them precisely because it no longer fit who they used to be and the talents they used during earlier stages.

Knowing that, why persevere in promising entrepreneurs that they can change?

At Unfair we praise the CEOs who admit this publicly, without ego because they are right: it is not, and should not be an ego issue.

It is not a matter of effort, nor intelligence, nor willpower. Our brains all work differently and we cannot wire them otherwise.

And it makes sense both scientifically, as well as looking back at the history of the largest companies: how many startups have kept the same founding team from day one to years later?

Admitting one's own limits is a necessity for the wellbeing of entrepreneurs who suffer from major and yet unnecessary social pressure. Moving away from the daily life of a company that one has created shouldn't be shameful. It is an honorable act of humilty, which is wrongfully frowned upon.

These transitions will be much more obvious, easier and even harmless when entrepreneurs understand that humans don't change, they evolve and each person can be proud of it.